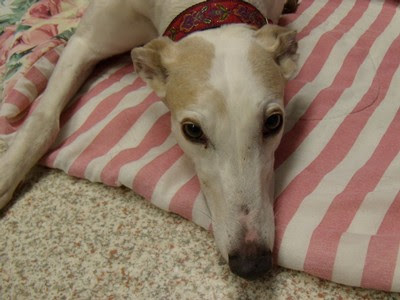 After much ado (i.e., internet access problems) Year Two, Month Two of Purrs 4 Peace is here. Again we purr this month regarding RESPECT for the right of all animals and humans to merely LIVE! Let’s purr for life.

Blood is that fragile scarlet tree we carry within us. -Osbert Sitwell

There is no greater gift of life than to give blood. This month I would like to highlight and honor human and particularly ANIMAL blood donors. When she was three my sister Zelda (a canine but still a good sister nonetheless) was extremely ill with a disease called hemolytic anemia where the immune system attacks and kills the body’s own red blood cells. Zelda was so ill by the time the she was diagnosed that she was very near death. My mummy had to rush her more than 90 miles to a state of the art animal hospital operated by the veterinary school at Michigan State University in Lansing, Michigan. Over the course of the next two weeks Zelda required three blood transfusions! Without the generosity of those dogs and their owners who donated blood at MSU my sister would not have been with us giving love and bringing joy for the last 12 years.

How far that little candle throws his beams! So shines a good deed in a weary world. -William Shakespeare

From the website of the MSU Veterinary Teaching Hospital Donated red blood cells and fresh frozen plasma are used for:

traumas, such as hit by car

Their donors are volunteer cats and dogs owned by MSU staff, students and area residents. They also adopt 3-5 dogs per year that live at the hospital and donate blood monthly while looking for a permanent home. If you can adopt one of these wonderful life-giving dogs, please visit the “IN HOUSE DONORS” section at www.cvm.msu.edu/hospital/special-facilities/blood-donor-program They have about 50 dogs and 12 cats in their donor program and are always looking for more. The cutie in the photo above is BINKY, one of the current donors.

We salute and purr for the continued life-giving success of the MSU and other animal blood donor programs.

I did not even know that animals gave blood as blood donors. What a wonderful program. We'll be purring away.

will spread the word of meow and truly believe if we give it our all, we can bring peace.

We will be purring with you my friend!

I have never heard of animal blood donors....what an amazing thing. I'll be purring to publicise & appreciate this wonderful service

I had never thought about animal blood donors but it makes sense. I am gonna haff mai mom do some research on dis furry impawtent topic and see how we at Teeny's Friends can help promote da cause. Thankies fur all ewe do, Confucius!
*nose taps*