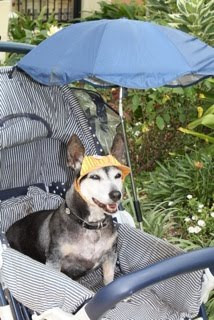 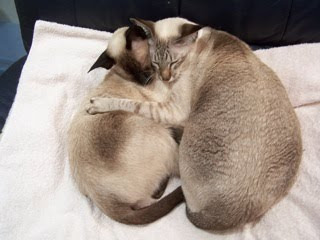 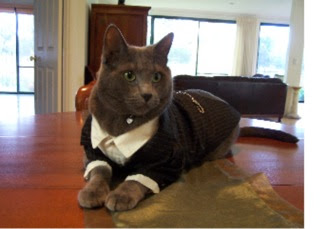 Knowledge of what is possible is the beginning of happiness.

One of the recognized human rights is the right to happiness…or at least the pursuit of happiness. I maintain that animals are equally entitled to this right. ALL ANIMALS! That is why this month the cause of adoption of older animals is being highlighted. So many animals are euthanized each year when homes cannot be found…millions in fact. Puppies and kittens are most often the first adopted. Older dogs and cats languish and often die. But older dogs and cats have a right to happiness too. And they have a right for the chance to bring GREAT happiness to the humans who adopt them.

Thousands of candles can be lighted from a single candle, and the life of the candle will not be shortened. Happiness never decreases by being shared.

In looking for a fantastic example of the joys of adopting older pets I had no further to look than my beloved friends from Australia Pepismartdog (pictured on top) and his mum Michele. Although Pepi passed over the rainbow bridge in September of 2009, his loving, compassionate and fun loving spirit tweets regularly on twitter (@Pepismartdog) and has a fabulously uplifting blog at www.anipalrainbowbridge.blogspot.com/

Hello dear friend. How did you get involved with this cause (adoption of older pets)?

Rescuing animals comes naturally for Mum. She has spent her life "bringing animals home". She is currently the 'go-to' person for injured wildlife in her area. This includes working with many kangaroos, koalas, a huge variety of birdlife, lizards, bats, etc. However, throughout all this, Mum has always had a soft spot for Golden Oldies, of all breeds. For most of her adult life, mum has been a Professional Animal Trainer.

When did you start ?

When Mum went to @AWLQld, Animal Welfare League Queensland, to look for a dog, she was looking for the right doggie, that spoke to her heart.. Then she saw a sign "Golden Oldie Pet of the Week" "Pepi" $50.00. As soon as she saw me, she fell in-love! I had spent 12 years with an elderly couple who moved into a Nursing Home. I was very skinny, very depressed, but when I looked at Mum (to be), my eyes drilled into her soul and pleaded with her, to take me with her. Woot! Woot! She did! Next thing I was being fitted out with a new collar, harness and lead.

I was completely mute for the first 6 months, and had bad nightmares for the first 2 months, (maybe because I had to be neutered, at 12 years old!). But then I turned the corner and our lives were never the same! I started running 6 miles a day with Mum. I was 1/2 Fox Terrier & 1/2 Daschund, so my legs were short. To save me getting too puffed, Mum got me a Pram/Stroller! I LOVED my Pram! This was a long time before Pet Pram/Strollers became cool. We made Pet Strollers famous, and then we made them cool! I had my own SkateBoard, and loved riding in the wheelbarrow too. I was crowned @AWLQld 's Official Poster Boy. Next I became a global Multi-Media Celebrity, appearing regularly in newspapers, magazines and TV. Then I joined Twitter; now I have 2 Blogs and am a Journalist for The Anipal Times, where I regularly write 3 columns, plus Book Reviews.

Do you still work in this cause?

I am thrilled to say YES! Mum and I still work closely with @AWLQld on a weekly basis. As Advocates for Golden Oldies, we promote awareness of the “benefits” of owning a Golden Oldie! We work to bring awareness to AWLQld because we know that they, like many good shelters, do a lot of work that goes unseen and spoken of, hence completely overlooked and taken for granted.*

We are currently working on up-date media articles with newspapers and magazines I had previously featured in. The focus of these articles is to remind people what great pets Golden Oldies are!

*(When Mum rescues kangaroos, she takes them to @AWLQld first, for their Vets to examine, and then the roos are transferred to “Wildcare Australia”. Soon I will be publishing an article about Mum's Kangaroo Rescues.)

What are the "pros" of older animals?

Golden Oldies have already completed their higher education. No silly digging up the garden, or ripping the washing or chewing the carpet! Golden Oldies already have their degrees in language; they know what you are saying. They have already graduated with Honors from Manners and Deportment training classes! Golden Oldies understand YOUR medical needs = YOUR need to pat them, as they bring YOUR blood pressure down! Use a shower timer to make sure YOUR 4 minute sessions are not cut short.

All Golden Oldies are Vet checked very closely and any ailments are declared, before being made eligible for re-homing. I was 12 years old and had early stage cataracts. I was 18 years old when I had an unexpected reaction to a medicine, that set off a chain of events that caused me to be PTS and cross OTRB. While in ICU Hospital, Canine Specialists said I still ha another good 5 years left; they said I had the CardioVascular and Heart of an 8 to 10 year old dog. I had NO arthritis at all. I was fitter and more active than most other dogs a fraction of my age.

I would definitely recommend everyone consider a Golden Oldie for their "Forever Pet". I gave Mum the most wonderful 6 years imaginable! I was not the most handsome dog ever, but I was all personality. My age never held me back! I pulled rank at the Dog Park; I was the Elder Statesman! BOL! I often gave free training lessons to younger doggies, teaching them the importance of manners and decorum. I commanded respect everywhere I went.

After I went OTRB Mum decided she had to let time pass before getting another doggie; I "set the bar too high"! BOL! She went to @AWLQld and looked for Golden Oldies kittehs, but there weren’t any at that time. However, she did get some kittehs who had been branded “Not suitable for re-homing”; they were unable to be housed in the Shelter and had failed miserably in the Fostering system. They were going to have to be PTS. It turns out they were sisfurs, Suki & Tahni, (middle photo) who had somehow been separated during fostering. Both of them had proved to be completely unsociable with people and other cats. Mum had just paid for “Apple”(bottom photo) and was walking out the door when she overheard Suki & Tahni’s fate being sealed. Instead of one, she now had three !

It took Suki & Tahni a couple of weeks to accept each other again and now they spend everyday tightly wrapped around each other! They will never be separated again. Apple weighs 29 LB and spices their life up by playing tricks on them! (Apple is not fat, just huge!) Suki & Tahni have settled in and become the most loving and smoochy sweet kittehs imaginable! We love all 3 kittehs!

Apple, Suki & Tahni are now all @AWLQld Ambassadors to help other Shelter Pals find their own “Forever Home” too. Mum bought a special Kitty Stroller and Apple even enjoys riding around wearing my Dinner Suit! It actually fits him! BOL! They all love the Kitty Stroller; Suki & Tahni ride in it together.

Promoting Golden Oldies will continue to be our passion. I celebrated my first Memorial Anniversary OTRB on September 16th. At the exact Memorial minute I passed away, Mum received a tweet from @AWLQld saying:

@AWLQld @PepiSmartDog Hi Pepi! We've found lots of homes for our Golden Oldies thanks to you.

@PepiSmartDog well we know Pepi is still watching over us, helping whenever he can.

Posted by Confucius Cat at 6:23 PM

Thank you for posting this. It is too often forgotten that older animals also have a right to love and happiness. My Drew passed away last year at 15--and he was an awesome kitty for the entire time.

That is wonderful, wouldn't miss it!

Pepi and his mama are a true inspiration to all of us. I'll be there for sure.

In Honor of Pepi, last year Heart Of Texas Lab Rescue named one of the Puppies to come into the program in his honor. So that it would have the legacy of the great PepiSmartDog to guide it through its journey.

Thanks Pepi for being their for so many in need.

What a wonderful sensitive blog entry and a great insight into Pepi's life. Oh doggy prams are very popular where we live we see lots of them along the seafront no children in them only dogs, that mean's Pepi has set a worldwide trend.